Australia’s labour market remains healthy, despite employment falling by 3,900 jobs, well below the expected gain of 15,000 jobs, according to AMP Capital.

In a note to investors, AMP Capital chief economist Shane Oliver noted that “the monthly jobs numbers are messy”, but added that the figures remain healthy despite weak year-on-year full-time jobs growth.

“Forward-looking indicators of jobs growth, including the ANZ job vacancy survey and employment intentions in the NAB business survey, point to solid employment growth,” he said.

The Reserve Bank of Australia is likely to view the August job figures as a neutral to the cash rate decision, Mr Oliver said.

“Our view remains that the RBA will cut rates again to further reduce the downside risks to inflation and maintain downwards pressure on the value of the Australian dollar, but with economic growth holding up very well this is a close call and is now very dependent on a lower than expected September quarter inflation outcome,” he said.

Coalition backs down on lifetime cap

Australia’s labour market remains healthy, despite employment falling by 3,900 jobs, well below the expected gain of 15,000 jobs, according to AMP Capital. 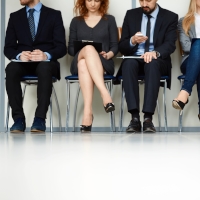