Despite last week’s decision to hold interest rates steady, the European Central Bank is likely to continue its quantitative easing program to 2019, according to investment management firm Pimco.

In a note to investors, Pimco's head of portfolio management for Germany, Andrew Bosomworth, said the European Central Bank (ECB) was likely to ease its policy again at the 12 December 2016 meeting.

Mr Bosomworth said the gap between headline inflation and the ECB’s inflation forecasts means that policy easing may be necessary for the bank to reach its inflation target.

“Faced with this gap, the ECB has to decide between additional easing or lowering its inflation target," he said.

“We see no desire to change such a fundamental feature of the operational framework as the inflation target, and so long as the ECB’s two-year-ahead inflation forecast is less than 2 per cent, we think that will keep the bank in easing mode."

The ECB has already committed to purchasing €80 billion in bonds per month until at least March 2017 as part of a quantitative easing program, which will amount to 17 per cent of the eurozone’s GDP by that same month, Mr Bosomworth said.

By December 2017, Pimco expects the ECB’s quantitative easing program to rise to 23 per cent of the eurozone’s GDP.

This current program is unlikely to see a reduction until the ECB’s inflation forecast for two years out reaches 1.8 to 2 per cent, Mr Bosomworth added – and this is unlikely to occur before 2019. 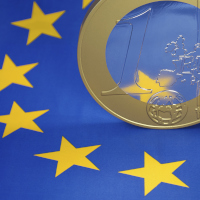