In a statement, NAB said that while confidence did ease slightly to +4 index points, it sits only “modestly below” the +6 index point average, which NAB chief economist Alan Oster said was a result of the current business climate.

“The resilience of business confidence appears to stem largely from the fact that firms are still experiencing very elevated levels of business conditions,” the bank said, though noting that the survey was conducted prior to the RBA’s recent decision to cut the cash rate by 0.25 per cent.

According to NAB, there were “notable differences” between the industries surveyed, with mining undergoing “the largest deterioration” while the retail sector experienced a significant improvement.

“The contribution from major industries suggests a relatively mixed bag, with service sectors continuing to be the best performers. Signs of a broadening recovery in recent months have again become more obscure following sharp deteriorations in transport and wholesale, although the recovery in retail conditions was encouraging,” Mr Oster said.

Despite the data indicating “strength in the near-term”, Mr Oster pointed out that longer-term risks were becoming “increasingly apparent”, as resource exports flatten out and dwelling construction turns negative.

“These headwinds will require additional policy action to support growth and lift inflation back within the RBA’s target band. We now see the RBA doing two more 25 [basis point] cuts in May and August 2017 (to a new low of 1 per cent),” he said. 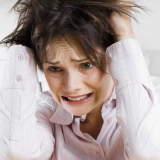