With new tax incentives in place since 1 July 2016 for sophisticated investors in early-stage start-ups, the onus is on high-net-worth individuals to determine whether they qualify for the tax breaks, says an industry consultant.

From 1 July 2016, Australians who invest in qualifying early-stage innovation companies (ESICs) are eligible for tax incentives as long as they can prove they are sophisticated investors.

The tax breaks for investments into start-ups were announced on 5 May 2016 by Minister for Industry, Innovation and Science Christopher Pyne after the enabling legislation received royal assent.

Under the new rules, qualifying investors in ESICs will receive a 20 per cent non-refundable carry-forward tax offset on investment, capped at $200,000 per investor, per year; and a 10-year capital gains tax exemption for qualifying investments held for at least 12 months.

According to Sophisticated Access managing director Peta Tilse, the first challenge for investors will be to determine whether they qualify as 'sophisticated'.

"To be classified a sophisticated investor, a person or entity (such as an SMSF) must earn over $250,000 per annum for the last two years, or have $2.5 million in net assets," Ms Tilse said.

"The Corporations Act requires you to have a valid certificate, signed off by a qualified accountant, and these certificates have an expiry date," she said.

"Certificates are valid for two years and you need to make your initial investment within six months of obtaining your certificate."

And while the risks of investing in ESICs may be somewhat offset by the tax incentives, attempting to find the next 'unicorn' (i.e. a start-up valued over US$1 billion) is "fraught with risk", Ms Tilse said.

"The power and choice afforded to sophisticated investors in a market defined by disruption and new technologies is extremely compelling, especially as interest rates fall to zero, stock markets remain volatile, and demand for alternative investment increases," she said.

One firm looking to capitalise on the new tax incentives is ESIC Hub, which describes itself as an "online platform for high-net-worth investors and early-stage companies seeking to secure hundreds of thousands of dollars in new tax relief and funding".

ESIC Hub founder Stephen Crowe predicted capital will start to shift to ESICs as an investment vehicle of choice for entrepreneurs, innovators, researchers and investors as a result of the new tax incentives.

"ESIC Hub will connect serious start-ups and investors and deliver the solutions they need. It is an independent connector and validator for early-stage businesses, investors and their advisers, so that they can move to their negotiations with confidence," Mr Crowe said. 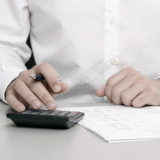