Consumer sentiment in Australia has been relatively unaffected by the volatility caused by the UK’s decision to leave the EU, according to ANZ.

The weekly consumer confidence index, compiled by ANZ and Roy Morgan, showed a drop of only 1.7 per cent for the week ending 26 June.

Australian consumers’ continued confidence is likely driven by "improvement in the labour market" as well as "low interest rates, the ongoing strength in the housing market", according to ANZ head of Australian economics Felicity Emmett.

"The turmoil in financial markets and concerns over the global economic outlook, spurred by the UK’s decision to leave the EU, have not significantly affected Australian consumers," she said.

AMP Capital’s chief economist and head of investment strategy, Shane Oliver, noted that globally, share markets were also recovering from the Brexit shock, adding that there had been "several positive developments" since the results of the referendum.

Chiefly among these, said Mr Oliver, were the results of the Spanish election, policy makers around the world continuing to "swing into action", and the EU’s "firm stance" with the UK.

Mr Oliver also noted that "worries about Brexit leading to global financial and economic chaos faded somewhat", and said next week was likely to follow suit.

"The week ahead will no doubt see bouts of Brexit-related nervousness, but it may continue to settle down in the absence of any new developments in Europe," he said.

Consumer sentiment in Australia has been relatively unaffected by the volatility caused by the UK’s decision to leave the EU, according to ANZ. 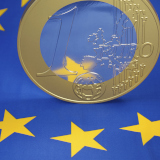