Research and higher education superannuation fund UniSuper has announced the launch of a peer-to-peer comparison tool.

The tool, called ‘Compare me’, allows members to measure their super balance against the average balance of fund members with similar profiles to their own.

UniSuper chief executive Kevin O’Sullivan says the program will allow members to “improve their current situation sooner rather than later”.

“By allowing individual members to compare their situation to other members with a similar profile, we are able to give a clear indication of how they are progressing toward their retirement goals,” he said.

The program was developed following research conducted with Investment Trends, which indicated that over a third of the fund’s members wanted to know the average balance of similar fund members.

The tool is currently available through the UniSuper website, and uses age, gender, current account balance and product to provide a comparison in the form of a bar graph.

Decimal adds to advisory board

Research and higher education superannuation fund UniSuper has announced the launch of a peer-to-peer comparison tool. 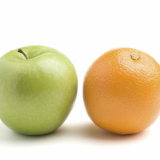