JP Morgan has responded after an investor was duped out of $200,000 in an elaborate scam.

Tony Papagiannopoulos believed he was investing with the company in March after being called by a woman named Jane Weaver and put through to an adviser named Andrew Duncan.

After making two $100,000 transfers to a Westpac account within a week, Mr Papagiannopoulos’ wife received a call advising of a scam warning by a person who introduced herself as “Jane Weaver from JP Morgan”.

Mr Papagiannopoulos soon found complaints online from as far back as 2016 that confirmed the number he was called from as one used by scammers.

“We are sorry to hear that Mr Papagiannopoulos has been targeted by this sophisticated scam,” JP Morgan said in a statement given to InvestorDaily on Friday.

“The firm became aware that scammers were posing as JP Morgan in April and we notified the financial markets regulator, ASIC, as well as publishing an alert on our website.

“We encourage all investors to remain vigilant, conduct due diligence and to seek independent financial advice before investing.”

The AFCA has warned that these types of scams are becoming “increasingly common and sophisticated”.

“We strongly advise consumers to take every precautionary measure to confirm the identity of the person they are dealing with,” a spokesperson for the financial services ombudsman told InvestorDaily.

“They should also ensure the person is a genuine employee or representative of the organisation they claim to be from.

“If a consumer has lost money, given personal information to someone they don’t know, or thinks they have been the victim of a scam, they should contact their financial firm as soon as possible. Consumers can also report scams to the ACCC.” 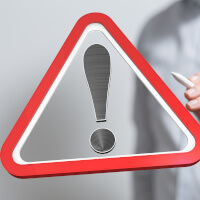