The former treasurer has been hired as a senior regional adviser. 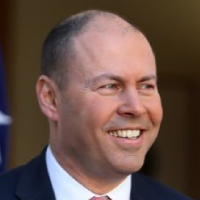 Goldman Sachs has announced the appointment of former treasurer Josh Frydenberg to the role of senior regional adviser for the Asia-Pacific region.

“I am pleased to join Goldman Sachs which is the pre-eminent mergers and acquisitions, and capital markets adviser to clients globally,” Mr Frydenberg said in a statement on Thursday.

“I look forward to joining the team and contributing to the firm’s leadership, its global capability, and its strength of client franchise.”

As part of its announcement, Goldman Sachs highlighted Mr Frydenberg’s “distinguished political career” including most recently as Treasurer and Deputy Leader of the Liberal Party.

The firm said that Mr Frydenberg was widely recognised for his effective management and leadership of Australia’s economy during the pandemic.

“We are fortunate to bring to Goldman Sachs a person of Josh’s deep public and private sector experience, connectivity, and insight,” commented co-president of Goldman Sachs in Asia Pacific ex-Japan, Kevin Sneader.

“His significant understanding of geopolitical and economic issues will bring considerable value to our clients across the region and beyond.”

Mr Frydenberg was the member for Kooyong from 2010 until the federal election in May and previously served as Minister for the Environment and Energy, Minister for Resources, Energy and Northern Australia, Assistant Treasurer and Parliamentary Secretary to the Prime Minister.

He was a senior adviser to former Prime Minister John Howard and was also formerly a director of global banking at Deutsche Bank.

“Our Australian clients will greatly benefit from Josh’s insights and expertise that have been gained from an impressive career which includes experience and perspectives across a range of sectors,” said CEO for Goldman Sachs in Australia and New Zealand, Simon Rothery.

The former treasurer has been hired as a senior regional adviser.