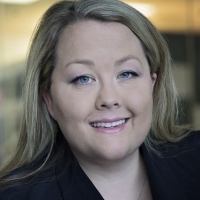 The Australian Financial Complaints Authority (AFCA) has named Natalie Cameron as its new lead ombudsman for banking and finance.

Ms Cameron originally joined AFCA as lead ombudsman, investments and advice, in 2020 and has been acting in the banking and finance role since January this year.

“She has already made an outstanding contribution as a lead ombudsman, both in investments and advice and as acting lead ombudsman in banking and finance.”

Ms Cameron began her career at law firm Clayton Utz before joining the Australian Securities and Investments Commission (ASIC) to focus on regulatory policy and markets.

She then held a range of roles at AIA Australia from 2005, including lawyer, general counsel, COO and chief group insurance officer, before moving to become CEO of AIA New Zealand.

Ms Cameron returned to Australia in 2017 to take up the role of chief claims officer at MLC Life and later became the firm’s COO.

“Natalie has a passion for access to justice and delivering fair outcomes for both consumers and financial firms. She is a highly capable lawyer and she has an open and collaborative leadership style,” Mr Locke said.

“She has already demonstrated that she can build strong relationships with both industry bodies and consumer organisations, and that she can make sound, impartial decisions without fear or favour.”

Commenting on her appointment, Ms Cameron said she was honoured to continue AFCA’s critical work in helping consumers and financial firms to resolve disputes.

“Finding ways to bring fair and efficient resolution to disputes could not be more important in a changing banking and finance environment,” she said.

“As well as leading AFCA’s approach to complaints handling and decision-making in banking and finance, I look forward to ongoing engagement with the sector to help build on their positive work to prevent complaints arising.”

Alongside the new appointment, AFCA also confirmed that Shail Singh would continue as acting lead ombudsman, investments and advice, for the next 12 months.

“Shail will continue acting in this role in a year when we are likely to see the implementation of a compensation scheme of last resort and the outcomes of the Quality of Advice review,” added AFCA deputy chief ombudsman Dr June Smith.