The central bank has named the replacement for Michele Bullock, who was promoted to deputy governor in April. The Reserve Bank (RBA) has confirmed the appointment of Dr Bradley Jones as assistant governor of the central bank’s financial system group.

The appointment fills the role previously held by Michele Bullock, who was announced as the first ever female deputy governor in the RBA’s 62-year history in April.

Dr Jones originally joined the RBA in 2018 as head of international department and most recently served as head of economic analysis department.

Prior to the RBA, he spent five years in the monetary and capital markets department of the International Monetary Fund (IMF) based in Washington D.C.

In this role, Dr Jones was responsible for research and leading missions in the areas of financial stability and central bank asset and liability management.

He also previously held senior macroeconomic research and global macro trading responsibilities within Deutsche Bank's Global Markets business in London and Hong Kong over a period of about nine years.

The RBA said it considered a competitive field of internal and external candidates during the search for Ms Bullock’s replacement.

In the new role, the central bank said that Dr Jones would oversee its work on financial system stability as well as its role in payments system oversight and regulation.

Dr Jones holds a PhD in finance from Macquarie University and served for five years as a fellow at the University of Cambridge Judge Business School.

He has published extensively on a range of topics in relation to financial stability, monetary policy and international financial markets and is also a Graduate of the Australian Institute of Company Directors and a signatory to The Banking and Finance Oath.

Ms Bullock moved into the deputy governor role at the RBA after Guy Debelle announced his departure in order to take up the role of chief financial officer at Fortescue Future Industries, a subsidiary of Fortescue Metals Group.

She had held the role of assistant governor, financial system group, since 2016 and originally joined the bank in 1985.

The central bank has named the replacement for Michele Bullock, who was promoted to deputy governor in April. 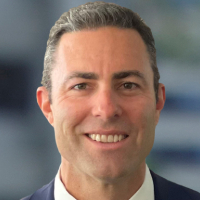