He has also been appointed as a member of the Janus Henderson Executive Committee.

His hiring at Janus Henderson follows an extensive career within the financial services sector – his most recent role was head of global investment and data operations at Russell Investments, which he began in 2017.

During his time at Russell Investments, he implemented a “Follow the Sun” global operating model as well as an Enterprise Data Management (EDM) model under the firm’s Data Strategy programme, focusing on building the foundation for data governance and controls.

Prior to Russell Investments, Mr Nikopolitidis worked at OCL Capital LLP, a London-based boutique hedge fund manager, as a head of operations and chief operating officer overseeing all operations and trade activity.

He has also worked at Hermes Fund Managers as a head of investment operations for Hermes’ OCL Credit boutique, and before that, at John Hancock Asset Management and State Street, both in Boston.

He is a graduate of the McCormack School of Policy and Global Studies, University of Massachusetts and has an MSc in Financial Economics from Boston University.

Mr Nikopolitidis’ appointment follows Graham Foggin standing down as head of operations, who is retiring at the end of June after 20 years at Janus Henderson.

According to Mr Lowry, "Mr Nikopolitidis brings a wealth of knowledge and experience in Operations that will allow the firm to continue on its path to providing market-leading operating infrastructure to support its clients.”

Mr Nikopolitidis said that the company has a clear dedication to its clients. 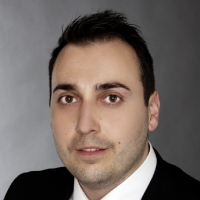