The business has confirmed an executive chairman transition. “Having founded and led Evans & Partners since 2007 and been executive chairman of the company since 2017, I am excited by the opportunities that lie ahead, and it is my judgement that now is the right time to continue the transition to the next generation of leaders,” Mr Evans said.

“Whilst I will be stepping back from day-to-day executive duties, I will remain a substantial shareholder and actively involved in the strategic direction of E&P as non-executive Chairman.”

Meanwhile, Tony Johnson will join the E&P board as executive director from 1 June with a focus on identifying and developing growth opportunities across the group.

Mr Johnson has served in a number of role throughout his career including managing partner of EY’s financial services businesses across the Asia-Pacific region, CEO of EY Oceania.

Currently, he is the chair of the Fujitisu ANZ advisory board and a non-executive director of Bupa ANZ.

David Evans and E&P’s managing director and CEO, Peter Anderson, welcomed Mr Johnson to the board.

“As part of its ongoing renewal and succession planning, the board is committed to ensuring a strong membership and mix of skills, knowledge and experience,” Mr Anderson said.

“Tony is a highly accomplished executive who brings a skill set that will serve E&P well as the company continues through its strategic transition and into its next stage of growth”.

The changes come just weeks after the AFS licence of E&P Dixon Advisory and Superannuation Services (DASS), was suspended by ASIC.

DASS filed for voluntary administration in January with E&P directors saying at the time that it “determined that mounting and actual potential liabilities mean it is likely to become insolvent at some future time”.

The business has confirmed an executive chairman transition. 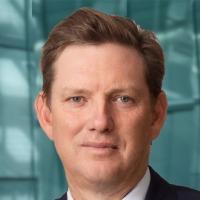