The firm has hired a former executive from Bell Financial Group’s Desktop Broker. AMG Super has announced the appointment of Richard Carr as a new business development manager based in Melbourne.

“Having a dedicated BDM based in Melbourne is a key component in AMG’s continued growth. A team member of Richard’s calibre joining AMG ensures our industry-leading service will be maintained to the highest standard,” commented AMG Super head of distribution Terry Constable.

“The addition of Richard to the AMG Super distribution team is a significant milestone for us. With the launch of our new Acclaim Super product and significant projects in the pipeline we are excited about what the future holds,” added AMG CEO Alan Hegerty.

Established in 2000, the APRA regulated and compliant retail super platform had over $13 billion in funds under administration as of December 2020.

The firm has hired a former executive from Bell Financial Group’s Desktop Broker. 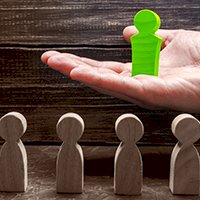