The Melbourne-based firm has confirmed the new appointment. Mr Croker will move into the role having worked at SG Hiscock & Company for 20 years, most recently as chief financial officer.

His move into the CEO role has been in development for a number of years and comes after he served as co-chief CEO with founder and managing director Stephen Hiscock for a period last year.

“As a business, we undertook the necessary due diligence required on the chief executive appointment and Giles has been regarded as a natural successor for some time,” Mr Hiscock said.

“He brings extensive financial and business acumen to the table and I’m confident he will continue to lead the business on a positive growth trajectory.”

Mr Croker’s appointment was unanimously endorsed by the SG Hiscock & Company board.

The announcement will see Mr Hiscock continue with the asset manager as executive chair and chief investment officer, however all other executive and management positions within the business remain unchanged.

The Melbourne-based firm has confirmed the new appointment. 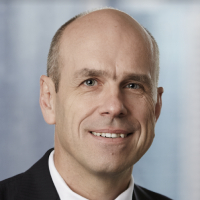