AIC CEO Yasser El-Ansary is moving on to a new role after eight years. The Australian Investment Council (AIC) has announced its CEO Yasser El-Ansary is stepping down to take on a new role within the financial services industry.

Mr El-Ansary has served as CEO for eight years and will remain with AIC for the next few months to ensure a smooth leadership transition before departing to his currently unconfirmed new role.

“He has been instrumental in designing and implementing frontline industry leadership positions on a wide range of important policy and regulatory issues such as the foreign investment regime; RG97 and the ‘Your Future, Your Super’ reforms; tax reforms and the introduction of the National Innovation and Science Agenda.”

Commenting on his departure, Mr El-Ansary said he was proud of what the council had been able to achieve during his tenure as CEO.

“Our industry is a powerhouse of the economy – the significant rise in funds under management and invested capital we’ve seen over the past few years is testament to the growth of our sector and the significant contribution that it makes,” he said.

“Now is the right time for me to step aside and enable a new leader to help write the script for how Australia’s private capital investment industry can make an even bigger contribution to the economy and our community in the years ahead.”

The AIC board confirmed it had commenced a search process to find its next CEO.

AIC CEO Yasser El-Ansary is moving on to a new role after eight years. 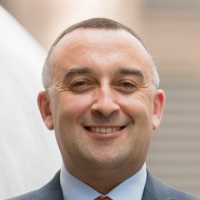