The head of corporate banking for Australia and New Zealand at Citi is moving to a new role. Citi has announced the appointment of Stella Choe as the head of its Global Subsidiaries Group (GSG) for Asia-Pacific.

She will replace Munir Nanji, who has moved to the new role of head of the Central Europe cluster and Citi country officer (CCO) for Czech Republic.

In her new role, Ms Choe will report to Marc Merlino, global head of GSG based in New York, and Kaleem Rizvi, Asia-Pacific head of corporate banking, who said in a note to GSG employees that she would bring a wealth of experience to the role.

She is an active mentor for Women in Banking and Finance and for the American Chamber of Commerce and is involved with the 30% Club in Australia.

Citi said that a search for a new head of corporate banking for Citi Australia and NZ was currently underway.

The head of corporate banking for Australia and New Zealand at Citi is moving to a new role. 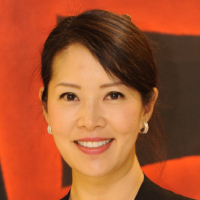