A former politician will join CFS as an independent non-executive director. Mr Brogden currently serves as the CEO of Landcom, which he will leave in April, and was previously the managing director and CEO of the Australian Institute of Company Directors (AICD), the CEO of the Financial Services Council and CEO of Manchester Unity.

“I am delighted to welcome John as a director of Colonial First State,” said CFSIL and AIL acting chairman Greg Cooper.

“With his thorough understanding of superannuation and experience as a non-executive director, John will bring a deeply informed and strategic perspective as we pursue our purpose of helping Australians to have better retirement outcomes and achieve financial freedom.”

In NSW parliament, Mr Brogden previously served as the leader of the opposition between 2002 and 2005 and was the member for Pittwater from 1996 to 2005.

He holds a master of public affairs from the University of Sydney and is a fellow of the AICD, patron of Lifeline Australia, president of LifeLine International and chairman of Furlough House Retirement Village.

Additionally, he is a member of Australia’s Mental Health Think Tank and the Minderoo Foundation’s Fire and Flood Resilience Initiative Expert Advisory Group.

A former politician will join CFS as an independent non-executive director. 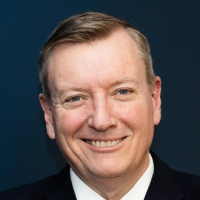