Jo Boundy has been appointed executive general manager at CBA. Ms Boundy has over 20 years of experience and is set to commence in her new role from March next year following her departure from Qantas, where she held the role of chief marketing officer.

CBA’s former CMO Monique Macleod, who was recently appointed group executive for marketing and corporate affairs, said she was thrilled Ms Boundy had been attracted to the role.

"Jo has more than 20 years global experience, having led marketing, customer, communication, digital and entertainment teams at a number of large commercial organisations including Optus, British Telecom, Google and, of course, Qantas, from where she joins us and played a key part in the group’s brand and marketing strategies,” said Ms Macleod.

“Earlier this year, Jo was recognised by CMO Australia as the number one CMO in 2021 and I am delighted we will benefit from her broad range of experience and capabilities, as well as her energy and enthusiasm.”

Jo Boundy has been appointed executive general manager at CBA. 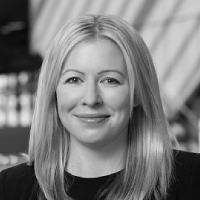