Gary Dransfield will join the board of AFCA from next year. The Australian Financial Complaints Authority has announced the appointment of Gary Dransfield to its board for a three-year term beginning 1 January 2022.

“Mr Dransfield will bring a wide range of skills from his distinguished executive career and his experience as a non-executive director. We particularly welcome his extensive experience in general insurance, which represents 24 per cent of AFCA’s business,” said AFCA chair John Pollaers.

“We will benefit both from his deep business experience and from his career-long focus on the customer. We are pleased to have been able to attract someone of his calibre as we refresh our board three years on from AFCA’s inception.”

Mr Dransfield is currently a non-executive director with Hollard Insurance and chair of the panel advising the NSW government on the design of decennial liability insurance for apartment buildings.

His appointment will follow the departure of outgoing director Johanna Turner who served for five years on the board of AFCA and its predecessor organisation, the Financial Ombudsman Service.

Gary Dransfield will join the board of AFCA from next year. 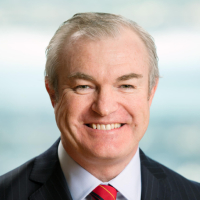