The chief executive of Spirit Super will step down from the position in early 2022. Spirit Super CEO Leanne Turner will step down after an 11-year stint with the industry super fund, having recently overseen the merger between Tasplan and MTAA Super.

“The plan for me personally has been to embed this merger, set Spirit Super on its path to future success and hand over to someone else to take the fund to the next stage,” Ms Turner said.

“I am proud to leave Spirit Super in a strong position, with strong investment performance, over $26 billion in funds under management, more than 320,000 members and our member best interest culture stronger than ever.”

Ms Turner has over 40 years’ experience in the superannuation industry and has held directorships with AFSA, ISA and FEAL.

Spirit Super chair Naomi Edwards paid tribute to Ms Turner and her announcement, saying her role in leading the merger was “outstanding”.

“She has led with passion and enthusiasm to integrate our people and processes,” Ms Edwards said.

“The trustee and staff hold her in the highest regard.”

“Leeanne has been a tireless advocate for member interests and outcomes and has positioned Spirit Super exceptionally well for ongoing success,” Mr Brumbv said.

The chief executive of Spirit Super will step down from the position in early 2022. 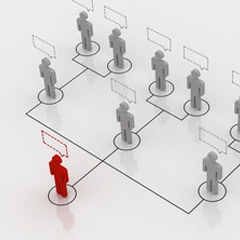