Australia’s sovereign wealth fund has announced the appointment of a new chief economist for 2022. Starting from 27 January, Toby Johnston will join the Future Fund following a global search process from Wellington Management where he worked as global macro strategist for over 17 years.

Mr Johnston, who will report directly to CIO Sue Brake, will primarily focus on providing strategic advice and analysis on relevant global macro-economic issues to the agency and board of guardians.

“His appointment further bolsters the agency’s strategic investment capabilities and will enrich the quality and value of the advice we provide to the board as it navigates the new investment world.”

In October, the Future Fund announced it was closing in on $200 billion in assets after a rise of 1.2 per cent during the September quarter.

Australia’s sovereign wealth fund has announced the appointment of a new chief economist for 2022. 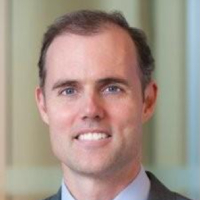