U Ethical Investors will appoint a new chief investment officer in 2022. 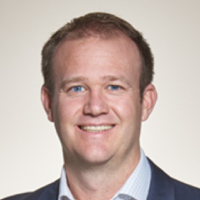 The investment manager has confirmed that current CIO James Cook will step down at the end of the year and will be replaced by deputy CIO and head of equities, Jon Fernie.

“I look forward to building on the strong investment and ethical outcomes that James has delivered for investors over the last five years,” Mr Fernie said.

“We have a great team in place to maintain the momentum and I am excited about the future.”

“We wish him every success with the next phase of his life and look forward to keeping in touch,” Mr Browning said.

“James will leave very big shoes to fill, and it was gratifying to see Jon emerge as the best candidate to fill them, bringing deep ethical investment expertise along with continuity and stability for our clients.”

U Ethical Investors will appoint a new chief investment officer in 2022.