NAB appoints new director to board

National Australia Bank (NAB) has confirmed the appointment of a new director to its board from December. On Wednesday, the big 4 bank confirmed that James Spenceley – founder and former CEO of telecommunications company Vocus Communications – will join the board from 1 December as a non-executive director.

He is one of the youngest Australians to found and lead an ASX 100 company.

“James brings significant diversity of experience to the board and will be able to quickly make a strong contribution as we consider NAB’s strategic direction and the intense and rapidly changing competitive environment in which we operate,” NAB chair Philip Chronican said.

Mr Spenceley said he is excited about bringing his experience in growing challenger businesses to an established organisation like NAB.

“This is an ideal time to be joining the NAB board as the organisation has significant opportunities ahead during a period where the financial services industry is in the middle of dramatic global change.”

NAB appoints new director to board

National Australia Bank (NAB) has confirmed the appointment of a new director to its board from December. 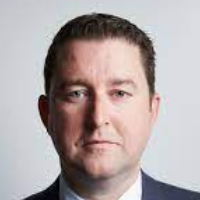