Two of the network’s existing board members have been appointed to new roles. PFAN said that Ms Beswick and Ms Kleibert would lead its efforts in improving the financial wellbeing of Australians living with a serious illness and/or disability.

Following her appointment, Ms Beswick said that she was privileged to take on the role of chair.

“As a financial adviser I understand the many small, yet powerful actions that people can take to change their financial future, and by their very nature, the course of their lives,” she said.

The network has partnered with MS Queensland since 2016 to provide pro bono advice to people with MS and has also formed a partnership with MS Limited which services Victoria, NSW, ACT and Tasmania.

Seventeen clients have been connected with one of the network’s advisers during the pandemic this year.

“It is pleasing to see we are connecting individuals who are living with multiple sclerosis, who cannot otherwise afford or access financial advice, with a PFAN adviser,” Ms Beswick said.

In other board changes, Nick Hakes has stepped down as chair after four years but will remain as treasurer, while Tim Meggitt has stepped down as director after seven years. Stephen Knight, a financial adviser based in Western Australia, has also joined the board.

Ms Beswick has encouraged more financial advisers to reach out and become involved with PFAN.

“We have much more to do to continue to promote the significant difference that financial advice can make, and to inspire other partners and advisers to join us on our important mission,” said Ms Beswick. 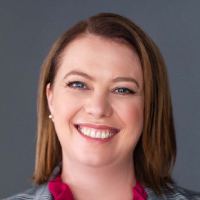