The investment manager has revealed changes to its senior leadership teams. Duncan Burns will succeed Daniel Reyes as Vanguard Australia’s head of investments, Asia-Pacific, as part of a series of leadership changes set to take place in the coming months.

Mr Burns, who is currently the head of Vanguard’s equity index group for Asia-Pacific, will retain oversight of the group, including overseeing the management of Vanguard’s Australian and global equity index portfolios and its trading operation in the region, alongside the new role.

Additionally, Alexis Gray has been appointed head of Vanguard’s investment strategy group Asia-Pacific. Ms Gray is currently a senior economist within the group and was previously senior economist for Europe at Vanguard in London.

The current head of fixed income for Asia-Pacific, Geoff Parrish, will return to the US in October to take up the new position of global head of bond indexing. Jean Bauler, who recently joined Vanguard after 11 years with HSBC, will fill Parrish’s position following his departure.

Aidan Geysen, senior investment strategist in Vanguard’s investment strategy group, will transfer to the new position of investment governance senior specialist in the office of the superannuation trustee for Vanguard Super. Vanguard said it is currently recruiting a replacement for the former role.

“These changes form part of Vanguard’s long standing and successful program of rotating senior leadership roles across markets and portfolios, and growing the depth and breadth of experience and expertise within Vanguard’s senior leadership teams,” Vanguard Australia said. 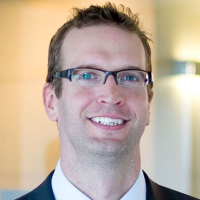