Australian Finance Group Ltd (AFG) has announced the appointment of a former ASIC chair as an independent non-executive director. Greg Medcraft will step into the role following almost four years as director of the directorate of financial and enterprise affairs at the Organisation for Economic Co-Operation and Development (OECD) in Paris, returning to Australia in August 2021.

Other notable roles held by Mr Medcraft earlier in his career included 26 years at Societe Generale, across a number of departments, alongside seven years at ASIC where he served as commissioner and then chairman.

“I am delighted to announce Greg’s appointment to the AFG board. It’s a first class appointment,” said AFG chairman Toby Gill.

“His deep understanding of financial markets and practical expertise will ensure we further bolster the board’s core skill set, broaden our diversity of experience, and enhance our corporate governance capabilities to support AFG’s continuing growth.”

“Having spent seven years as chairman of our industry regulatory, ASIC, Greg is highly respected across the market and has an acute insight into the way the financial sector operates,” he said.

“His knowledge of the third-party channel means he understands the important role we play in driving competition between lenders, providing a vital distribution channel for lenders without branch networks, and choice for consumers.

“Greg recognises compliance with the law and duty to our customers is central to the way we do business.”

Mr Medcraft stated that he hoped to assist AFG in its growth mission following his appointment.

“It’s an important time for AFG and the wider sector and I am looking forward to working with Tony and the AFG board as the company builds on its strong track record of growth,” he said.

“I have always believed the broking channel plays an integral role in the residential mortgage market and I have used a mortgage broker for my own personal financial requirements.”

The appointment is set to be confirmed by shareholders at the AFG annual general meeting on 26 November. 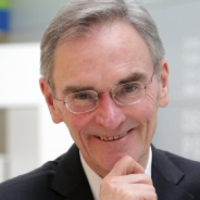