AFCA has announced a number of new ombudsmen are due to join its ranks in the next several months. In a statement, AFCA said it had recruited current ANZ head of legal for dispute resolution, Louise McAuliffe, and Westpac practice leader for business lending legal James Taylor as its new banking and finance ombudsmen.

Head of legal, risk and compliance for small-business insurance provider BizCover, David Short, would also join as an insurance ombudsman.

Mr Short would join AFCA in August, with Ms McAuliffe and Mr Taylor to follow in September, AFCA said.

In addition, the ombudsman announced a number of internal promotions, with Vicki Carter and Mervyn Silverstein promoted to ombudsmen in AFCA’s super team, Qasim Gilani as an ombudsman in insurance, and Daniel King as an adjudicator in insurance.

“It’s terrific that we have been able to secure such skilled and experienced people,” deputy chief ombudsman June Smith said.

“Our internal promotions are also testament to the strength of talent already here at AFCA.”

The appointments follow the ombudsman’s recent recruiting of two new lead ombudsman for insurance and small business, Emma Curtis – who will join from ASIC in August – and Susanne Russell, who will move across from Westpac. 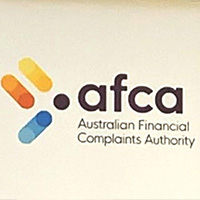