Michael Dwyer AM, who joined the Bennelong boards as non-executive director in December last year, will take over from Stephen Rix who has served as chair since 2016.

Mr Dwyer has over 30 years’ experience in the financial services industry and served as chief executive at First State Super between 2004-2018.

As well as having two industry scholarships in his name – the Aware Super Michael Dwyer Scholarship for Emerging Leaders and the FEAL Michael Dwyer Leadership Scholarship – Mr Dwyer was made a member of the Order of Australia in 2011.

“Michael’s three decades in the superannuation industry, across a variety of senior roles and responsibilities, enables him to provide valuable insights to our executive team as the industry continues to evolve and mature,” BFM CEO, Craig Bingham, said.

Meanwhile, Mr Rix will remain on the boards as a non-executive director.

“The past few years have seen significant growth for Bennelong both in Australia and overseas, and Stephen’s experience in a range of investment banking, private equity and infrastructure operations has been instrumental during this time,” Mr Bingham said.

“We’re grateful we will continue to benefit from his experience as a non-executive director.” 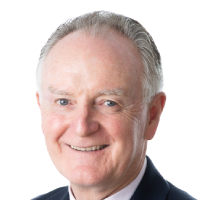