The ex-chief executive of the major bank has joined a buy now, pay later provider as its chairman. 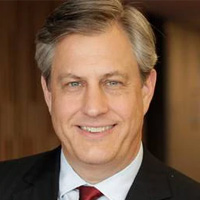 In a statement, Beforepay announced it had appointed former Westpac head Brian Hartzer as chair effective immediately to support the group’s next phase of growth.

“Mr Hartzer brings a wealth of global financial services leadership experience to the role, including a deep understanding on how digital is transforming financial products,” Beforepay said.

Mr Hartzer was CEO of Westpac from 2015 to 2019, and departed the bank following the discovery of large-scale AML breaches that eventually cost Westpac over $1 billion in fines.

“I am honoured to be joining Beforepay as Chairman and look forward to supporting the leadership team at this exciting time in their growth,” Mr Hartzer said.

“Beforepay meets a genuine need in the market for short-term consumer finance that has largely been overlooked by banks. I was impressed by their model and how their success is tied to a customer’s good repayment habits, in stark contrast to predatory models in the market. It’s terrific to see Beforepay using technology to innovate and lift the sector.”

“His strategic capabilities are what we need in a chairman, and will add tremendous depth of experience to our board and support the leadership team as Beforepay continues to grow and evolve.”

The ex-chief executive of the major bank has joined a buy now, pay later provider as its chairman.