In a statement, the firm said Caroline Gurney, who currently holds the role of managing director marketing and communications Asia Pacific for the global financial services giant, would step into the role of CEO of Future Generation in September.

Ms Gurney has served on the board of directors for the Future Generation Australia LIC since 2019 and has worked in a number of senior banking roles across Australia, Singapore, London and Hong Kong during her 25-year financial services career.

Ms Thorley said the Future Generation companies were on track to deliver a record social investment of $11.6 million to their associated charity partners in late 2021, bringing the total social investment since inception to $52.8 million.

The group also announced that the chair of its Future Generation Global LIC, Belinda Hutchinson, would step down at the group’s AGM on Thursday.

“During Belinda’s time as Chairman, the Company has delivered strong investment portfolio performance and invested over $26 million in our charity partners focused on youth mental health,” Ms Thorley said.

Ms Thorley said Geoff Wilson would act as chair of the global LIC until a replacement is found. 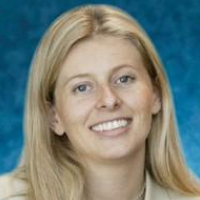