Jasia Fabig has taken the role, tasked with recruiting advisory firms and supporting their growth and development.

Ms Fabig has a reported 20 years’ experience in financial services. For the last eight years, she held the dual roles of general manager of financial planning and the Advance branded network at MLC.

She previously was head of advice distribution and strategy for St George Financial Planning.

“We have worked hard over the last few years to build a licensee offer that supports advisers in what we view as a new era of advice,” Mr Lawler said.

“Jasia’s appointment represents a step up in our efforts to take our offer to the market.

“Our value proposition centres around four key promises to advisers; save them time; keep them safe; help them find and keep clients; and to grow their businesses.”

Wealth Market is marketing itself as an alternative to large, vertically integrated models and to self-licensing.

“Our aim is to strike the balance between being big enough to maximise the value we can deliver to our advisory firms and their customers, while maintaining the family-owned culture and community Wealth Market is recognised for.”

Ms Fabig said she had decided to move to Wealth Market based on its culture and tech offering.

“Wealth Market is a bit of a disruptor, offering an alternative model for financial advisers with a well thought out ‘tech stack’ that has been built and will evolve with input from our advisers,” she said.

“There’s a new-look licensee emerging in the marketplace seeking an alternative where they have a tech offering that supports the client experience and business agility to move with speed.” 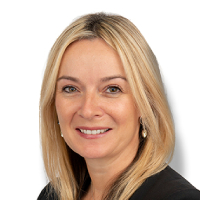