Vanguard has selected four people for the board of its new superannuation business, who will oversee the development and launch of its new fund. A former partner at superannuation law specialist Herbert Smith Freehills, Ms O'Neal is also currently a non-executive director of NULIS Nominees, the NAB super trustee subsidiary and is a director of Infrastructure Specialist Asset Management. She has previously served as an independent member of the external compliance committee of Vanguard Investments Australia and the Commonwealth Superannuation Corporation.

She is also a member of the Victorian Council on Women’s Equality.

“I am delighted to join the board of Vanguard Super Pty Ltd and play a part in delivering greater choice to the Australian superannuation market,” Ms O'Neal said.

“My involvement in both the Cooper Review and the implementation of the Stronger Super reforms impressed upon me the importance of continuous improvements in the provision of low-cost, high quality superannuation offerings; elements that are central to Vanguard Super’s design.”

Vanguard declared it would be entering the Australian superannuation market last year, with its proposition being low-cost, high-value investments.

“We will continue to refine our superannuation offer in the coming months, with the guidance of the board, and look forward to bringing it to Australians later this year,” Vanguard Australia head of superannuation Michael Lovett said.

He also acknowledged the current social and economic challenges facing the super industry.

“The financial uncertainty caused by the pandemic and its impact on long-term wealth is undoubtedly a concern for many Australians. With so many having drawn down their superannuation early, we understand the need now more than ever for a prudent focus on retirement outcomes,” Mr Lovett said.

Vanguard Super's launch is subject to it gaining its regulatory licences and the registration of its fund. 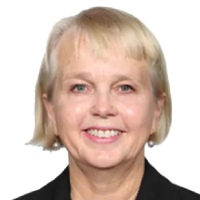