The major bank has announced that its chief financial officer will depart the bank for a role outside financial services, with its general manager internal audit to step into the acting position. In a statement, the bank said Michelle Jablko, who had been chief financial officer since 2016 and a member of the ANZ executive committee, would depart over the coming months.

ANZ said Ms Jablko had been “a passionate supporter of diversity and inclusion” in her time at the bank, having served as executive sponsor for ANZ’s Pride Network, and had also served on the board of ANZ Bank New Zealand.

The bank said Ms Jablko would transition her duties to group general manager internal audit Shane Buggle, who would be appointed as acting chief financial officer.

“Mr Buggle has spent more than 20 years at ANZ in senior finance roles and was deputy chief financial officer from 2012 until 2018,” ANZ said.

The bank said it would announce a replacement for Ms Jablko’s New Zealand board position early in the new year.

“While we are disappointed Michelle is leaving, we respect her decision and wish her the best in her new role,” ANZ chief executive Shayne Elliott said.

“Michelle can be incredibly proud of all she has achieved at ANZ. As a highly strategic CFO, she has transformed our finance function while also being instrumental in the simplification and strengthening of the organisation.”

“It was an incredibly tough decision to leave ANZ; however, I am looking forward to putting my experiences to use in another industry,” Ms Jablko said.

“I’ve thoroughly enjoyed working with Shayne and the broader team as well as playing a role in the bank’s continued success.”

The major bank has announced that its chief financial officer will depart the bank for a role outside financial services, with its general manager internal audit to step into the acting position. 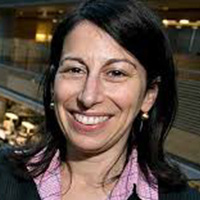