One of Australia’s largest investment consultants has signalled its intent to diversify away from the superannuation sector with the promotion of its retail head. 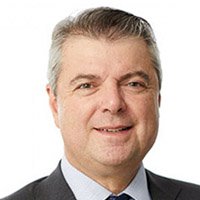 JANA has promoted Michael Karagianis to head of not-for-profit (NFP) and retail as it looks to build out its presence in the non-super space – the fastest-growing part of the business for 2020, with a client base that has tripled over the year.

“JANA has experienced tremendous success in the retail space this year, and we are now applying that expertise to serve the growing needs of the NFP sector,” said chief executive Jim Lamborn.

“Michael is uniquely qualified to head up our growing NFP and retail businesses. Working across Australia and the UK, he has a wealth of experience advising in these spaces. The success of JANA’s retail partnerships this year under his leadership is a testament to his capability.”

Mr Karagianis joined JANA in early 2019 and was appointed head of retail partnerships. He previously worked at NAB as head of private investment consulting from 2010-18 and UBS Global Asset Management from 2005-09. He will head up a newly formed team dedicated to serving NFP clients, including Wendy Hammond as director for client development and strategy.

“My time at JANA has been centred around opening up JANA’s advisory and implemented consulting expertise to the wider investment community, initially in the retail advice space and now expanding into the NFP market,” Mr Karagianis said.

“JANA’s 30 year-history of deep investment insights and longstanding track record of excellence make it the ideal partner for any NFPs seeking a strategic, long-term and highly capable investment consultancy.”

The promotion comes as JANA is appointed as asset consultant for Foundation North, New Zealand’s largest philanthropic trust, which provides around NZ$40 million in grants every year out of an endowment of NZ$1.5 billion.

“We are eager to begin our partnership with such a significant NFP as Foundation North and support its aims of creating positive social change and advancing its communities, through sound and strategic investment decisions,” Mr Karagianis said. 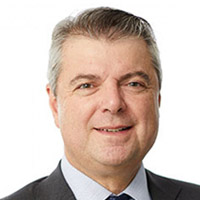