Jarden has continued its Australian hiring bonanza with a string of new appointments in the research team. 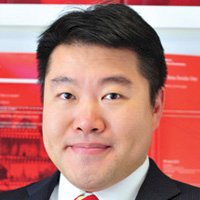 Jarden has added another five “high calibre” hires to its research team as it expands its operations across Australia and is working to “attain full coverage across >220 companies in NZ & Australia progressively over 2021”.

Anderson Chow will join Jarden as head of industrials research. He joins Jarden from HSBC, where he was global head of industrials research coordinating a team of 22 analysts across Asia and Europe. He also spent six years at Macquarie Securities Asia as head of Asia infrastructure and transport research and holds a master’s degree in commerce from the University of Sydney.

“Over the last three months Jarden has had a deliberate strategy to build a top tier research team combining a wide variety of geographic and industry experiences. Our priority has been to attract the best people who share our values and vision in delivering a modern research product, focused on adding value for our clients, rather than coverage for coverage sake,” Jarden said.

Nik Burns will join Jarden as head of energy research after two years as head of investor relations at Beach Energy. Prior to Beach, he was an energy and utilities research analyst at UBS Australia for almost six years, and he has held roles at Santos, Woodside, and RISC.

“After commencing his career as a reservoir engineer, Nik’s career diversified into roles encompassing valuation, M&A,  business development and strategy advice. With a unique combination of technical, commercial, financial and equities experience in the energy sector, Nik is an ideal senior hire for Jarden Australia’s research team,” Jarden said.

Carlos Cacho will join Jarden as its chief economist. Mr Cacho spent three years as an Australian economist in UBS’ Australia research team and five years at Colonial First State Global Asset Management. He holds a bachelor of economics and a first class honours in economics from the UNSW.

Also joining are Andrew MacFarlane in the property team and Manrope Singh in the technology team. Mr MacFarlane was most recently strategy and capital transactions manager at AVID Property Group and has held roles at Goldman Sachs JBWere, including as executive director for real estate global investment research. Mr Singh joins from Macquarie, where he was an associate portfolio manager, and has also been a portfolio analyst at AMP Capital.

The new hires will start over the next three months and bring the team to 18 publishing analysts in Australia. 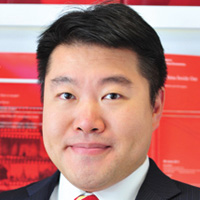