A former HESTA chair, AustralianSuper senior staff and an ex-ANZ deputy chief have taken seats on the newly formed board of affordable housing developer Assemble. 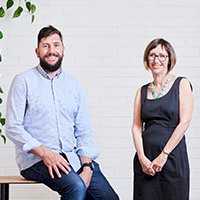 Former HESTA chair Angela Emslie has taken the role of chair at Assemble, on a board comprising five members with experience spanning property, superannuation, finance, aged care and not-for-profits.

Joining her on the Assemble board is former ANZ deputy chief executive Graham Hodges, who is also chair of Regis Aged Care.

AustralianSuper head of property Bevan Towning and investment director Malcolm Skene are also on the board, along with Assemble Communities managing director Kris Daff.

AustralianSuper has a significant presence on the board as a new investor, after it took a 25 per cent stake in Assemble in June.

Assemble has forecast that its portfolio of privately funded mixed-income rental housing will inject $1 billion worth of construction activity into Victoria’s economy, with 8,000 jobs and a project value of $3 billion.

With 30 staff, the business is expecting to expand for its pipeline, with plans to more than double its team by next year.

Mr Daff said Ms Emslie’s appointment to chair would be an “enormous boost” for the business.

“Her immense experience in leadership and stakeholder management in various roles and sectors, including at leading superannuation funds, will be critical to the success of Assemble,” he said.

“Purpose-led companies today can be seen as agents of social change and Assemble’s model is driving this for low- to middle-income Australians,” she said.

“It also provides a good rate of return for institutional investors that can support these new developable asset classes to offer secure tenure housing – it’s a win for everyone.

“Housing is the great untapped asset class for superannuation funds and Assemble offers an opportunity to link the super industry in partnership with households to generate both long-term economic value for fund members all while creating social value.”

Ms Emslie added that she is excited to have the opportunity to guide the company and its board in the coming years, as it is primed for a period of growth.

“Assemble is a young, ambitious company that is on an exciting journey and is set to scale fast,” she said. 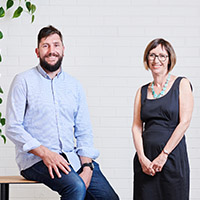