Eaton Vance has announced the appointment of its new chief investment officer for fixed income. 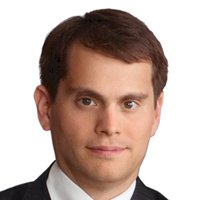 Eric A. Stein, CFA, will step into the role on 1 November. He will replace Payson F. Swaffield, CFA, who had previously announced his intention to retire, and will report to Thomas E. Faust Jr, Eaton Vance chairman and CEO.

“Under his leadership, I am confident that EVM’s income investment teams will continue the commitment to investment excellence and outstanding client service that has been their hallmark throughout Payson’s long tenure.”

Mr Stein joined Eaton Vance in 2002 as a trading associate and research associate in the global income group before leaving to attend business school in 2005. He rejoined Eaton Vance in 2008 as a research analyst from the Federal Reserve Bank of New York, where he worked in the markets desk. He is a CFA charterholder, term member of the Council on Foreign Relations and member of the CFA Society Boston, Boston Committee on Foreign Relations, Boston Economic Club, Enterprise Club and AEI Boston Council.

“Mike is an incredibly talented investor and passionate business builder whose leadership and vision have been instrumental to our success in global income investing,” Mr Stein said.

“I look forward to continuing to work closely with Mike in our new roles.”

Mr Cirami joined Eaton Vance in 2003. Prior to that he worked at State Street Bank and BT&T Asset Management. 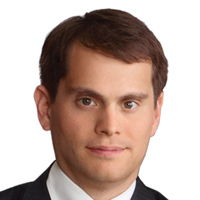