Changing of the guard at Platinum

Co-founder Kerr Neilson will step back from the investment team, while a new chairman will take over following the retirement of Michael Cole. 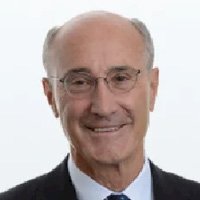 Platinum Asset Management co-founder and former CEO Mr Neilson will step back from his role as an analyst on the investment team while continuing in his role as a director in order to make sure his “valuable insights on strategy and business development” remain accessible to members of the executive team.

“The trouble with high performance investing is that it requires total immersion; it is [all-consuming] of one’s time,” Mr Neilson said. “Working from home has softened me up and caused me to ponder wider social issues. Having seen the team grow and mature over the years, I am confident in their ability to meet clients’ high expectations.”

Mr Kerr will step back from his current role on 31 August 2020. Mr Kerr stepped aside from the role of CEO and handed over portfolio management responsibilities to Platinum’s investment team in 2018.

The move comes as Platinum announces that Mr Cole, non-executive director and chairman of the board, will retire on 20 November 2020 following the close of its AGM. Mr Neilson, along with CEO Andrew Clifford and the rest of the board thanked Mr Cole for his “invaluable contribution and guidance”. Mr Cole has served as chair since Platinum went public on the ASX in 2007.

“An important discipline in any company is planning for the transition at both management and board levels,” Mr Cole said. “It is a testament to the founders of Platinum that a strong succession plan has been put in place to ensure that Platinum remains relevant and continues to acquire the skills required to successfully adapt to these ever-changing markets.”

Guy Strapp will assume the role of chairman effective 21 November 2020. Mr Strapp served as CIO of BT Financial Group from 2002 to 2006, as well as managing director of Citigroup Asset Management from 1998 to 2001. He recently held the position of CIO and CEO of Eastspring Investments in Hong Kong and is also the chair for Australian wealth manager First Samuel Limited.

“Guy brings to the board his extensive local and international experience in asset management, gained on both the investment and distribution side of the business,” Platinum said in a statement.

Changing of the guard at Platinum 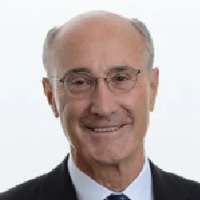