The bank has announced the appointment of a new chief operating officer and the departure of a key executive. 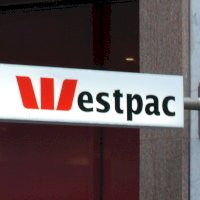 Scott Collary will lead Westpac’s new group operating office, which brings together group operations and group technology. He joins Westpac from Bank of Montreal in Canada, where he has held the role of chief information and operations officer for its North American personal and business banking, private wealth, and global asset management divisions.

Group executive Gary Thursby has also decided to leave the bank early next year. He will hold the role of acting chief information officer following the departure of Craig Bright on 25 September and until Mr Collary commences.

“I’ve thoroughly enjoyed my time at Westpac over the past 13 years,” Mr Thursby said. “Having helped Peter and the organisation through a significant year of change, I decided that this is the right time to leave the group.”

“Gary has made a significant contribution across a broad range of roles, including as chief strategy and operating [officer], as well as running enterprise services and more recently acting CFO,” Mr King said. “He has been instrumental in developing the organisation’s strategy, including Westpac’s fintech investments, as well as overseeing the implementation of [open banking] and driving efficiencies in the bank’s operations.”