A New Zealand-based investment and advisory firm has moved to expand its service offering into Australia, with the appointment of four local bankers and market specialists to drive its growth. 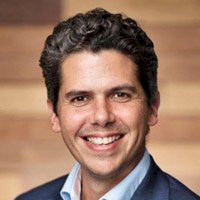 Jarden has appointed Robbie Vanderzeil, Sarah Rennie, Dane FitzGibbon and John Spencer to lead the firm’s strategy to extend its investment banking into the Australian market, with an emphasis on equity capital markets.

Mr Vanderzeil will lead the operation as chief executive of Jarden Australia. He has brought more than 25 years’ experience in Australasian markets, including in his previous roles as UBS chairman of investment banking, head of equities and head of hedge fund sales.

Looking at the three other foundation leads for the Australian team, Ms Rennie is the former head of ECM at Goldman Sachs Australia and currently a member of the Australian Takeovers Panel.

Mr FitzGibbon was formerly co-head of capital markets for UBS Australia. Prior to that, he led the UBS investment banking coverage of emerging companies and domestic private equity.

Mr Spencer was previously head of ECM Syndicate UBS Australia, as well as having led equity sales at the investment bank.

The firm’s expansion has followed a growth and acquisition path during the last five years in New Zealand. Its services span investment banking, capital solutions, wealth management and direct broking.

Jarden Group CEO James Lee said the extension of the business to Australia is a milestone for the company.

“With Australia and New Zealand’s capital markets becoming increasingly synchronised, Jarden has for some time been looking at growth opportunities in the Australian market,” Mr Lee said.

“We’ve moved now to take advantage of [the] change in the industry to enable us to establish a position of strength in Australia’s capital markets.

“We’re excited by this opportunity to bring such a strong team and we’re looking forward to working with them as we focus on growing Jarden in Australia.”

He added Jarden has a 30-year strategic alliance with Credit Suisse, with the two companies to continue to work in collaboration.

Mr Vanderzeil commented: “Jarden is the clear market leader in New Zealand and it’s logical the firm should expand into the Australian market.”

“I’m proud and excited to be part of their plans and to be working with people who I respect greatly as we build a client-centric business and attract top talent.” 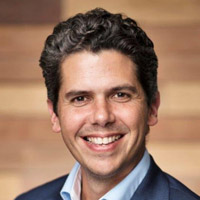