A fund management and investment advisory business has grown its team with the addition of two former executive directors from Macquarie Group. 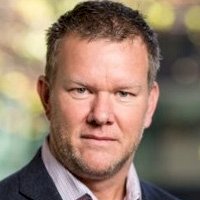 Atlas Advisors Australia has hired Arthur Porter to its senior ranks as executive director, real estate alongside Craig Swanger as its new head of advisory board financial products.

Mr Swanger was previously global chief investment officer – banking and financial services at Macquarie for four years, responsible for US$10 billion in property, infrastructure and alternative investment funds across 14 countries.

He left Macquarie in 2013, continuing to advise and invest in private equity and property projects in Australia, the US and Asia. Mr Swanger is also now a non-executive director of neobank Xinja and neolender Wisr.

Mr Porter on the other hand spent 14 years at Macquarie Group where he formed and led the US real estate structured finance group. He has also specialised in the financial structuring of real estate projects during the last 12 years as head of FACS Real Estate Finance and Consulting Services.

Atlas executive chairman Guy Hedley is of the same ilk, having been global head of Macquarie Private Bank from 2001 to 2012.

On Mr Swanger’s appointment, Mr Hedley commented: “Craig has experience building investment products in a wide range of asset classes from venture capital to farmland, designed to suit investor needs first, resulting in success in outraising competitors for over 15 years.”

He added Mr Porter has brought 35 years of experience in real estate financing and structuring markets to Atlas’ team.

The company reported his appointment will give Atlas exclusive access to investment opportunities coming out of Australian universities.

Dr Waring was on the faculty of the Australian Graduate School of Management from 1998 to 2007 and has been involved in the mentoring and financing of new companies.

“His joint roles with Atlas Advisors Australia and Uniseed will expose our investors to the most lucrative opportunities in university-driven research and development in Australia,” Mr Hedley said.

Atlas has recently pushed for the government to increase thresholds under the Significant Investor Visa (SIV) program, to increase the asset allocations towards venture capital markets. It noted the sector will be especially challenged amidst the COVID-19 crisis.

The scheme introduced in 2012 grants a pathway to residency in exchange for investing $5 million over four years in certain government-approved investments.

Atlas has also called itself a leading participant in the program, managing the investments of many of high-net-worth Chinese investors into Australia. It reported it oversees more than $1.7 billion of funds under management from China.

“Extending the mandatory investment period for the SIV program from four years to five years could increase the $11 billion economic benefits to Australia by more than 20 per cent,” Mr Hedley said. 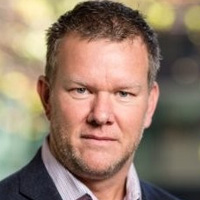