The chief of a $6 billion industry superannuation fund is set to depart it after seven years at the helm. 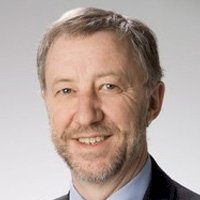 Graeme Russell will be stepping down from being chief executive of Media Super from 9 April. He will continue as a strategic adviser with Media Super until his retirement on 1 July.

Mr Russell will be transitioning away to focus on recovery after a recent serious illness.

His position will be filled by chief operating officer Tony Griffin, who was acting CEO of the fund during Mr Russell’s extended illness late last year.

Media Super reported during Mr Russell’s tenure, the fund had doubled in size and delivered a significant turnaround in investment returns.

Mr Russell had previously been a trustee director of Media Super for two years and its predecessor fund JUST Super for 19 years.

His retirement has ended a long association with industry super in the print, media, entertainment and arts sectors.

He was also CEO of First Super prior to the Media Super role.

Mr Russell commented Media Super had been proud to support its industries, through awards and scholarships – and it would continue to back sectors through the coronavirus crisis.

“I think it’s disappointing that government and the regulators don’t understand the important contribution that industry-specific super funds make to their industries, beyond superannuation,” he said.

“We’re about to see that clearly, as funds like Media Super step up to support members and companies struggling through the current economic dislocation and job losses”.

“With Media Super’s small investment team and supported by our board, Graeme has been instrumental in single-mindedly recommending strategies – and executing them – to push our performance into the winner’s circle,” Noonan said.

“He’s done a terrific job for our members and has been a passionate advocate on Media Super’s involvement in our various industries.

“Graeme is now well into recovery but has decided to ease back on work commitments.

He added it will be a “smooth transition” as Mr Russell and Mr Griffin have worked together closely before. 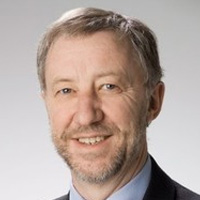