The industry association has elected a KPMG actuarial and financial risk partner as its new president for the coming year. 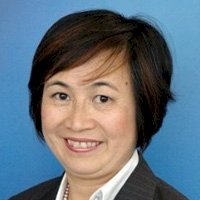 Hoa Bui has taken the role with the Actuaries Institute, promising to bring a renewed focus to giving younger actuaries a voice in the profession.

In her presidential address, Ms Bui also noted the environment, climate change and the digital and data sectors are growth areas for actuaries.

“The world we live in and work in is changing very rapidly and in fundamental ways,” she said.

Elayne Grace, Actuaries Institute chief executive commented: “We have an important role to play, to bring evidence-based recommendations to public policy across many sectors.”

“Hoa brings business context and rigour to her leadership role. I look forward to working with her.”

Ms Bui added more than half of the institute’s members are under 35 years of age.

“Young actuaries are globally connected, they are close to emerging trends,” she said.

“Engaging young members of the institute, harnessing their energy and their knowledge will bring about faster change to benefit society and the profession.”

Almost a third of the institute’s members are reported to work in data analytics.

“The institute’s expertise is routinely sought by policymakers, both here and overseas,” Ms Bui said.

“As a profession we have a role to help our society deal with emerging risks such as climate change and mental health.”

During the year, Ms Bui expects the institute to deliver major papers on intergenerational wealth and equity and the gig economy. She also anticipates the profession to actively contribute to discussions on the role of data, privacy and the ethics around its use.

“If we manage it wisely, I see a world where actuaries do much more than ‘data’ work. Actuaries have tremendous skill in the design, explanation and interpretation of data and can harness its power.”

Ms Bui emigrated from Vietnam with her family when she was 18, before graduating from Macquarie University with a bachelor of economics (actuarial studies) in 1984, when there were just six women in a class of 40 in the first year of her actuarial course.

“We are seeing an improvement in the gender diversity of the profession’s leadership,” she said.

“My election as president reflects the diversity of our membership and its governing body. Three of the nine members of the Actuaries Institute Council are Asian born and five have worked extensively overseas.

“This diversity is not only appropriate, it is essential if we are to succeed in a world where the major issues we face – such as climate change, mental health, and the impact of the digital revolution – are so significant that no one country can hope to solve them in isolation.” 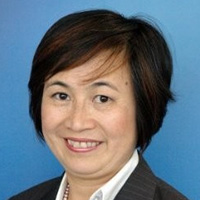