Former HSBC Japan boss Kaber Mclean will be leading the bank’s Australian arm, as it seeks to grow its local market share and revenue. 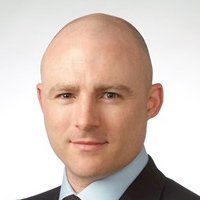 He will also join HSBC Australia’s board as an executive director.

Mr McNamara has held the role of interim chief since June and he will be continuing as chief risk officer with HSBC Australia once Mr Mclean takes over.

The company is holding Mr Mclean responsible for leading HSBC’s next phase of growth in Australia, as it commences a new three-year strategic plan to capture growth across retail banking and wealth management, commercial banking, global banking and markets.

The bank has planned to build scale in its retail banking, increase wholesale banking revenues by tapping a greater share of international business activity, target growth sectors in the local economy and meet growing demand for sustainable finance.

Mr Mclean joined HSBC in 1996 and has held senior positions across the Asia-Pacific, North American and European regions, with experience in its global banking and markets businesses.

He was president and chief executive of HSBC Japan between 2012 and 2016, and more recently has held regional roles including head of wholesale credit and market risk, Asia Pacific and head of remediation office, Asia Pacific.

Commenting on the appointment, Peter Wong, deputy chairman and chief executive of the Hongkong and Shanghai Banking Corporation said: “I am delighted that Kaber will be leading our Australian business, which is a priority international market for HSBC.

“We have strong growth ambitions in Australia, and Kaber brings the right breadth of experience, strong leadership capabilities and deep knowledge of our international network,” he said.

“I would also like to thank Noel for his significant contribution over the past eight months, and for the exceptional leadership he has showed during an important period for the bank.” 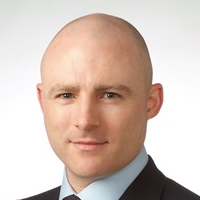