Crestone Wealth Management has revealed eight appointments to its adviser team throughout the last year, bringing its total adviser count to 80. Mr Shalhoub joined Crestone from Commonwealth Bank of Australia (CBA), where he was an executive manager in the private banking business, while Mr O’Donnell, Mr Taylor and Mr Greenberg were previously relationship managers at Credit Suisse Private Banking.

Commenting on the appointments, Crestone head of advisory for NSW and Queensland, Michael Tritton, said the combination of depth of experience and alignment of interests between advisers and clients were key determinants.

“Delivering the best investment-led offering for clients was instrumental; a focus on client outcomes, an owner-operated partnership, a well-resourced CIO team, some of the best strategic relationships, alongside truly global investment opportunities and a strong governance pedigree really made Crestone an exciting choice for these advisers,” Mr Tritton said.

Crestone head of advisory for Victoria, Adam Ginnivan, said the appointments are a testament to its business model.

“Each was looking for specific qualities in their next business opportunity. Crestone was able to clearly demonstrate these attributes, making the decision to join us an easy one,” Mr Ginnivan said. 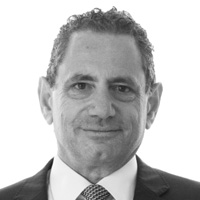