After holding their roles for a collective 20 years, David Sidwell and Isabelle Romy will be departing from the UBS Group AG board of directors. 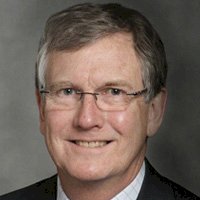 The pair will not stand for re-election at the company’s upcoming annual meeting, on 29 April.

Mr Sidwell will have completed a 12-year term of office and Ms Romy is leaving after eight years on the board.

Their nominated replacements, Nathalie Rachou and Mark Hughes, are up for election at the AGM.

UBS chairman Axel Weber commented Mr Sidwell had been an “important pillar of the board through a challenging period in the firm’s history”, serving as chair of the risk committee, senior independent director, vice-chairman and a member of the governance and nominating committee.

“He has been instrumental in the strategic repositioning of UBS and has contributed greatly to the fundamental improvements in the firm’s risk and control frameworks,” Mr Weber said.

He added Ms Romy had been a member of the audit committee as well as the governance and nominating committee.

On Ms Rachou and Mr Hughes’ appointments, Mr Weber commented: “They will add a wealth of knowledge and experience from across the banking sector and geographies, with a particularly deep understanding of risk management.”

Ms Rachou has been a board member at financial services provider Société Générale for 12 years and will be stepping down in May.

In 1999, she founded London asset manager Topiary Finance, which eventually merged with investment company Rouvier Associés in 2014. Ms Rachou has maintained a role as senior adviser to the firm.

From 1978 to 1999, she held a number of positions within Banque Indosuez and Crédit Agricole Indosuez, including roles in capital markets and as chief operating officer of the brokerage subsidiary of Banque Indosuez.

Mr Hughes on the other hand was group chief officer of Royal Bank of Canada (RBC) from 2014 to 2018 and is currently chair of the Global Risk Institute and a visiting lecturer at Leeds University.

He joined RBC in 1981 and has spent his entire career working across the bank in Canada, the US and the UK, holding a number of positions including chief operating officer, capital markets and head of global credit.

For more than 20 years, he has served on RBC’s subsidiary boards. 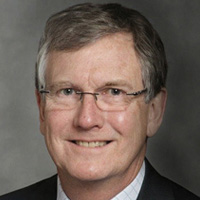 1
Bank CEO to step down
2
Morningstar flags ‘significant risk’ in AMP advice strategy
3
JANA, REST climate strategy open to court scrutiny
4
The transformation of advice: 2019 year in review
5
Iress to benefit from shifting advice landscape
6
The oil age is over