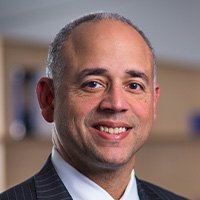 Mr Minaya will be leading the firm’s day-to-day operations, including overseeing investment management teams and client businesses, as well as setting strategy with Mr Advani and chairing the company’s executive committee.

Meanwhile Mr Advani will specifically concentrate on three growth areas: impact and ESG investing, the further development of Nuveen Labs and growing the company’s business and investment capabilities outside the US.

The firm expects he will be focused on initiatives to expand opportunities for clients and Nuveen over the long term.

The change is effective from 13 January.

“He’s been a great colleague and partner to me, and he is equally well regarded across our firm as a seasoned investor and empathetic leader.”

In 2015, he became the leader of Nuveen’s real assets business, where he was responsible for developing the firm’s investment capabilities in real estate, agriculture, timber, infrastructure, energy and alternative credit.

Mr Minaya then led Nuveen’s global investments organisation in 2016, became chief investment officer in 2018 and was named president in June this year.

“Jose is a thoughtful, well-respected and experienced leader who has made many key contributions to the success of TIAA and Nuveen, and I know he will continue to propel Nuveen to new heights,” Roger Ferguson Jr, president and chief executive of TIAA said.

“I’m also grateful to Vijay for all he has accomplished in the past few years and pleased that he is taking on a role that will focus his entrepreneurial skills and experience on Nuveen’s growth.”

Nuveen had $1 trillion in assets under management, as of 30 September. 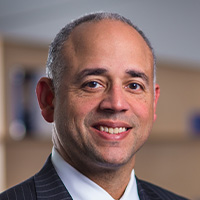