Allianz Australia chairman John Curtis has indicated he will be retiring at the end of the year. 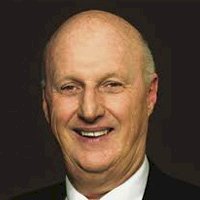 Allianz has credited him with overseeing significant growth at the company, from a gross written premium of $900 million to a $5 billion group, within the top four largest insurers in Australia.

Before Allianz, Mr Curtis held senior roles such as chair of St George Bank and deputy chair at Westpac.

“As chairman, John has played a critical role in the development of the company from Manufacturer’s Mutual Insurance (MMI) to an important contributor to the global Allianz insurance business,” Richard Feledy, Allianz Australia managing director said.

“John’s broad experience across a range of sectors and his knowledge of financial services through past associations including chairman of St George Bank and deputy chairman of Westpac, has steered Allianz to be a $5 billion enterprise and a leading insurer across many business segments.”

Mr Feledy added Mr Curtis had been a strong champion for diversity, setting targets for cultural diversity, forging partnerships to promote refugee and youth employment at Allianz, and working for greater female representation at a board and senior management level.

“John leaves a great legacy in this regard with Allianz on track to meet our gender target of a 40 per cent female leadership team by 2020,” he said.

Mr Curtis commented: “I would particularly like to acknowledge and thank Allianz’s managing director Richard Feledy for his strong leadership in what is a challenging time for the insurance and financial services industry.”

“In addition, I have enjoyed working with the shareholder Allianz SE based in Munich. Over many years they have supported strongly the Australian company and have been a pleasure to work with.

“I would also like to thank my fellow board members over the period of my tenure. I am confident that Allianz will continue to play a strong role in supporting communities and businesses across Australia.” 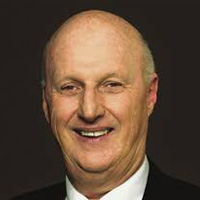