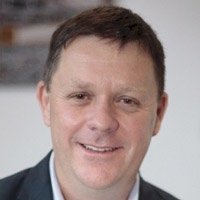 Mr Carmichael stepped down from the FEAL board following his recent retirement from CBA, but he will continue as chair of the FEAL program committee, responsible for organising the body’s national conference and executive forum.

Following his lead, Catholic Super fund secretary Joe Farrugia will be departing from the FEAL board in his retirement from his fund on 1 October.

Commenting on the appointments, FEAL chair Jane Perry said Mr Arnott and Mr Piper had been chosen for the board on the basis of their experience in two diverse funds varying in size and membership.

“His career began working with indigenous communities and the mining sector – he went on to become head of corporate risk for Macquarie Group before moving back to a not-for-profit as chief operations officer of World Vision Australia.”

“Graeme is a fellow of the Association of Superannuation Funds of Australia and has been an active and passionate advocate for improving education and professional standards in financial planning,” Ms Perry said.

“Both Graeme and Ross have had long careers in superannuation and the not-for-profit sector – across a range of organisations and funds – and have a deep understanding of how best to offer our members professional development and education – and a new perspective on what such initiatives might look like.”

Looking at the departing members, Mr Carmichael has been a FEAL mentor as part of the FEAL Mentoring Initiative since 2015 and a board member since last year.

Mr Farrugia was appointed a founding FEAL director in 1999 and served as deputy chair of the board for the majority of his 20-year tenure.

“He was made a life member of FEAL at the 2019 FEAL national conference, and it gives me great pleasure to publicly acknowledge his constant and guiding presence on the board, and the pivotal role he has played in many of FEAL’s most important initiatives.”

She concluded she expects the new members to make a substantial contribution to a sector now in flux.

“Superannuation, like financial services generally, is very much in the spotlight now, and in this period of constant change, professional development and ongoing education [are] more important than ever,” Ms Perry said.

“I feel very confident that Graeme and Ross will make a significant contribution as we pursue our vision of being the chosen provider of leadership development for today’s executives and tomorrow’s leaders.”

Mr Piper has been CEO of Christian Super since January. 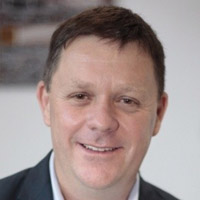