HSBC group chief executive and director John Flint has resigned, by “mutual agreement” with the board, with its chair saying a “change is needed.” 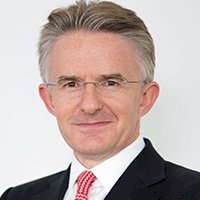 Mr Flint has been with the bank for his entire career, almost 30 years and although he is no longer acting as the company’s boss, he is assisting HSBC with the transition.

The board has initiated a process to find a new head, considering internal and external candidates. The appointment will be subject to regulatory approval.

“In this increasingly complex and challenging global environment in which the bank operates, the board believes a change is needed to meet the challenges that we face and to capture the very significant opportunities before us,” Mark Tucker, group chairman of HSBC said.

Concurrently, HSBC posted its results for the first half of 2019, with its reported profit after tax of US$9.9 billion ($14.6 billion) up 18.1 per cent from the prior corresponding period.

“I have agreed with the board that today’s good interim results indicate that this is the right time to change, both for me and the bank,” Mr Flint said.

“After almost 30 years, I will be sad to leave but I do so looking forward to a personal challenge, and confident that our people will continue to serve the bank’s stakeholders in the best possible way.”

“It has been a privilege to spend my entire career with HSBC, rising from international officer trainee to serve as group chief executive,” Mr Flint commented.

“I am grateful to my wonderful colleagues at the bank for their support during my career, and I am proud of what we achieved together.”

Mr Quinn has held his role as global commercial banking head since 2015, having worked with HSBC for 32 years. 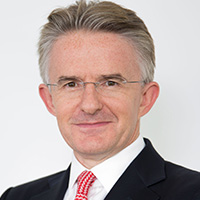